Doug grew up in Virginia and graduated Magna Cum Laude from Washington and Lee University in 1980.  Because of his ROTC scholarship and academic achievements, Doug was commissioned in the U.S. Army and inducted into Phi Beta Kappa that same year.  After serving four years on active duty as a communications officer at Ft. Carson, Colorado, Doug took a position as a supervisor with Texas Instruments.  He also earned his MBA from the University of Colorado at Colorado Springs.  He secured his insurance securities licenses and chose to follow in the footsteps of his father, Harry, who has been a financial advisor for over 50 years.  Doug started his career with Northwestern Mutual and stayed there for over 14 years.  In 2005, Doug purchased his own building and founded Ascent Financial Group.  He holds the Certified Life Underwriter (CLU®), Chartered Financial Consultant (ChFC®) and the Accredited Investment Fiduciary (AIF®) designations.

Doug has been married to his wife, Tami, for 19 years and they have five children: Rebecca, Alexa, Whitney, Bryce, Brett, and three grandchildren.  They live in Monument, Colorado and enjoy hiking, skiing, golfing and basketball.  Doug is an avid runner and has completed 12 marathons.  They are active in their community of Kings Deer and belong to the Club at Flying Horse.  Brett and Bryce are active with football and basketball.  The Barton family feels blessed to be part of the Colorado Springs and Monument communities.

Josh has over 13 years experience in the financial services industry. After graduating from Western Michigan University with a Bachelor's Degree in Finance, he began his career working at the headquarters of Parkland Securities in Ann Arbor, Michigan. He worked in various departments including Compliance, Due Diligence, and most recently managing the Corporate RIA which had over $2.5 billion in assets. During his work in Michigan he went back to school and earned his MBA from Eastern Michigan University. He has also earned his Accredited Investment Fiduciary® (AIF®) and his Certified Funds Specialist (CFS®) from the Institute of Business and Finance.  Over the past 13 years he has enjoyed working with clients in all different aspects of their lives. Josh moved to the Denver area back in 2013 where he started working with Ascent Financial Group and their clients.  He now lives in Lone Tree, Colorado with his wife Jenelle.  They enjoy golfing and spending time with his family in Michigan and her family in Colorado Springs, CO.

A native to Colorado and mother of three, Hilary joined the Ascent Financial Team in 2011.  Since then she has provided day to day financial support and services for our clients.  Her highly competent and motivated approach establishes good working relationships with our valued clients and service providers.  Hilary enjoys spending time with her boys, Josh and Jared and her newborn baby girl, Stella. She also enjoys hiking, fishing, and all that the Colorado outdoors has to offer. 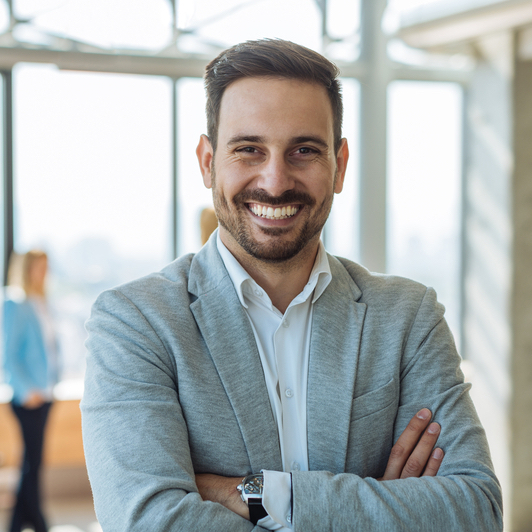 We work with a range of business owners including small businesses, family-owned businesses and even larger companies. We get it, as a business owner, you have a distinct set of financial needs and challenges than a salaried or hourly employee. Your primary focus should be on managing your business, so we work with you to effectively oversee your financial life to save you time and energy. 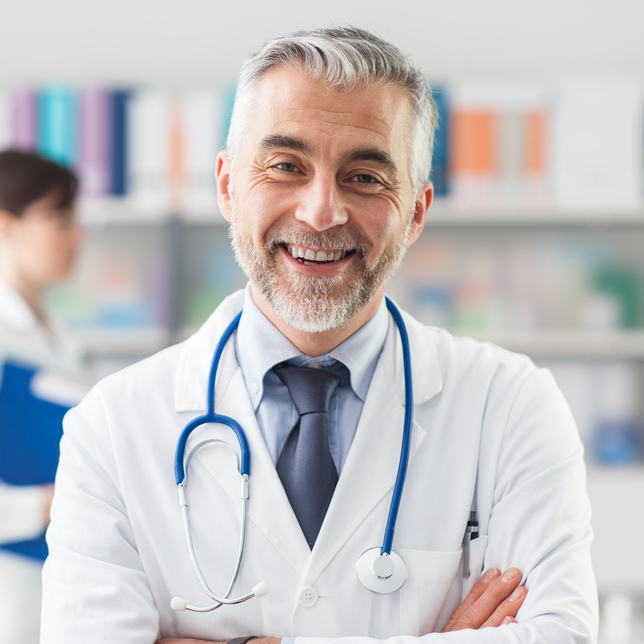 As a busy professional focused on work and your personal life, it can be difficult to dedicate time to managing your personal finances. To help you balance your life and save you time, we will work to help you organize your finances, implement a sound strategy, and monitor progress for you. With our help, you can focus more on your profession as we help you reach your financial goals. 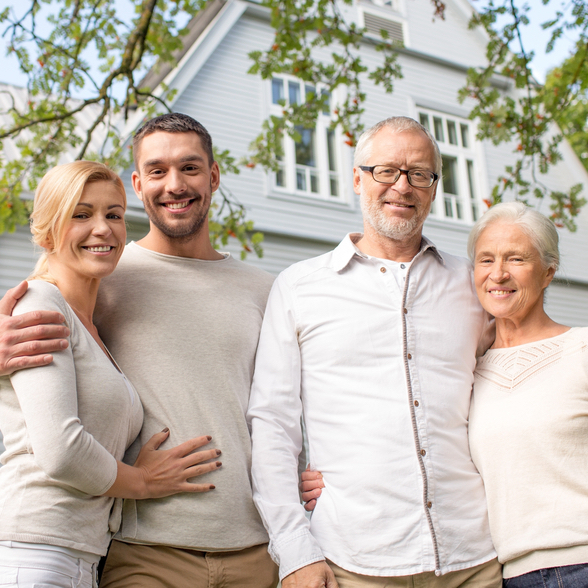 Ascent Financial Group has been dedicated to helping those in the Colorado Springs area pursue their financial goals for many years. We are here for the long haul - we take pride in treating all of our clients like family and providing professional planning advice. By teaming up with outside professionals such as CPA’s, attorneys, case planning design teams and life insurance organizations we can help you take a proactive approach to your financial situation and navigate through difficult and volatile markets.

Committed to Your Satisfaction & Financial Success 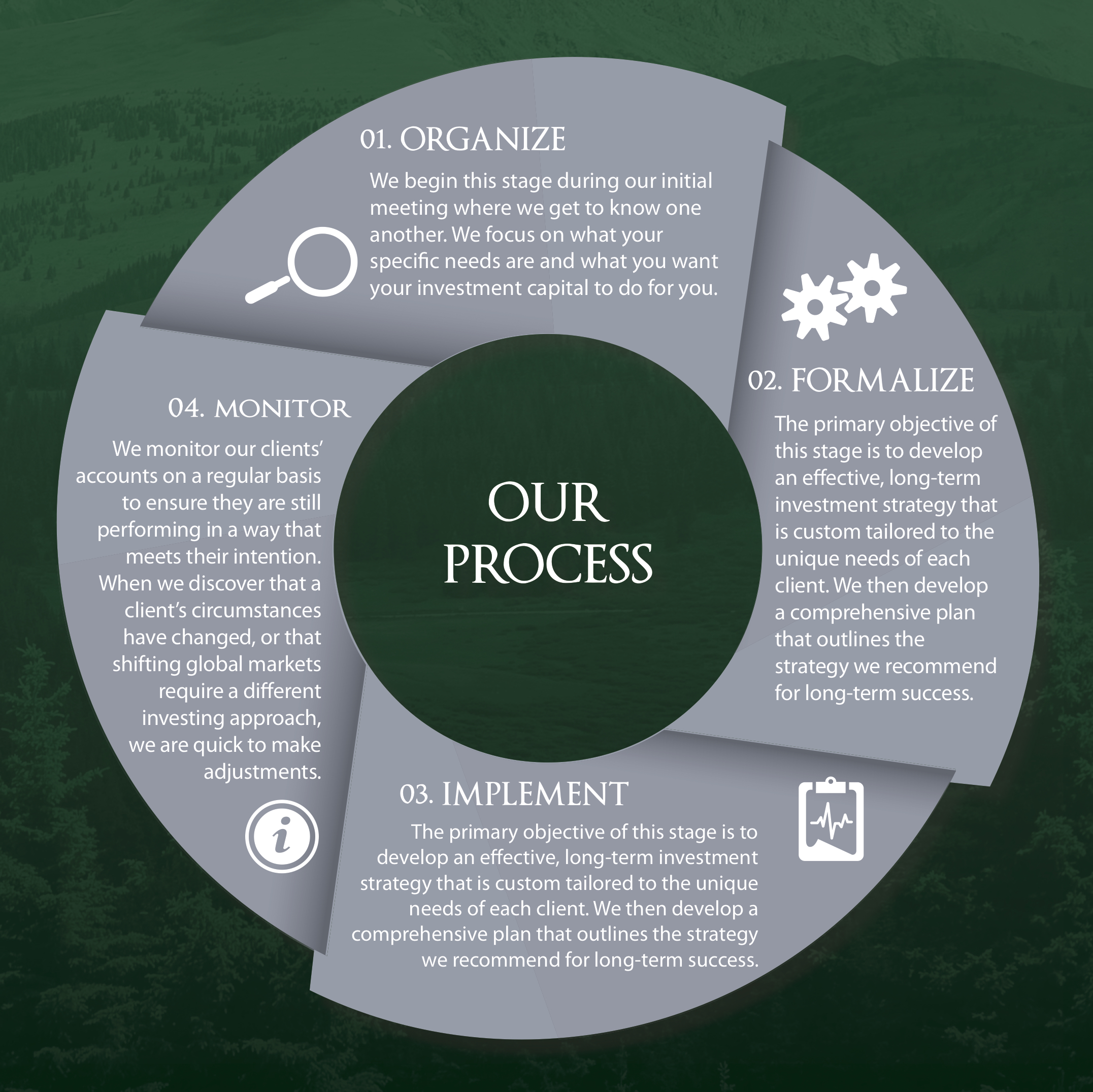 During our initial meeting we’ll get to know one another and place a focus on your specific needs and your investment capital goals. We will also determine your risk during this step using Riskalyze.

We’ll work to develop an effective, long-term investment strategy that is custom tailored to your unique needs. We then develop a comprehensive plan that outlines the strategy we recommend for long-term potential success. During this step, we organize your financial goals and strategies using eMoney.

We then choose your investments and put the plan that we have developed together into action.

Through in-person meetings, we’ll continuously monitor your accounts on a regular basis to help ensure they are performing optimally. If we discover that your circumstances have changed or that shifting global markets require a different investing approach, we work quickly to adjust. 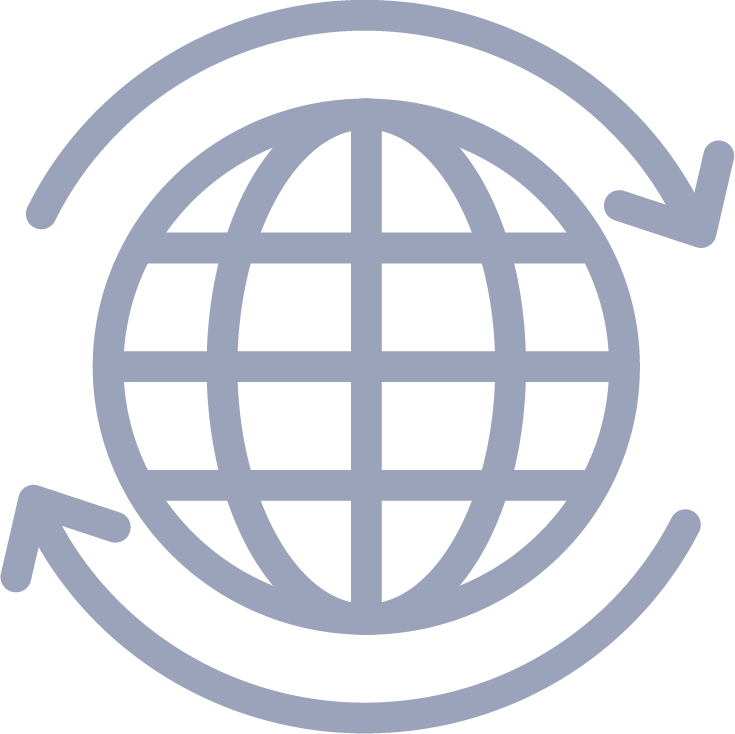 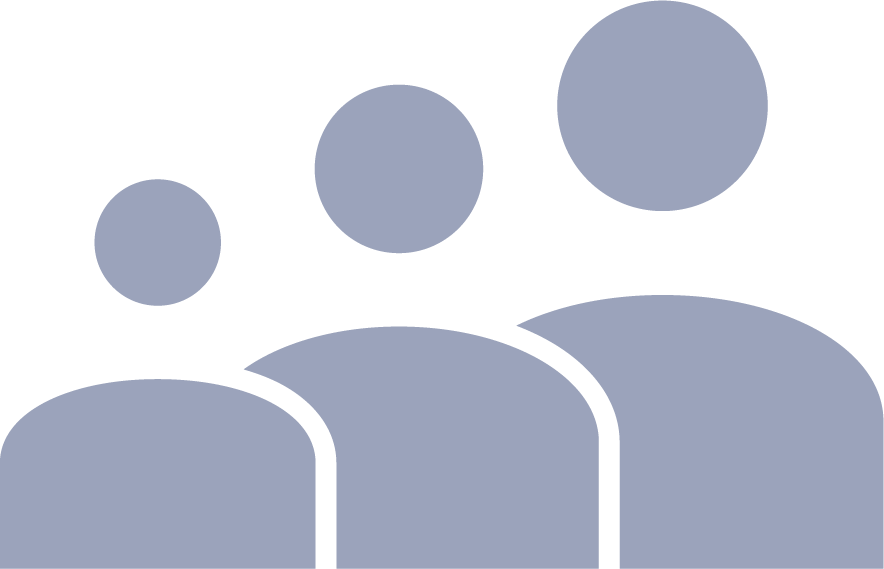 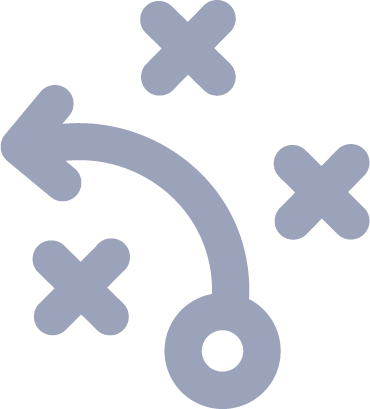 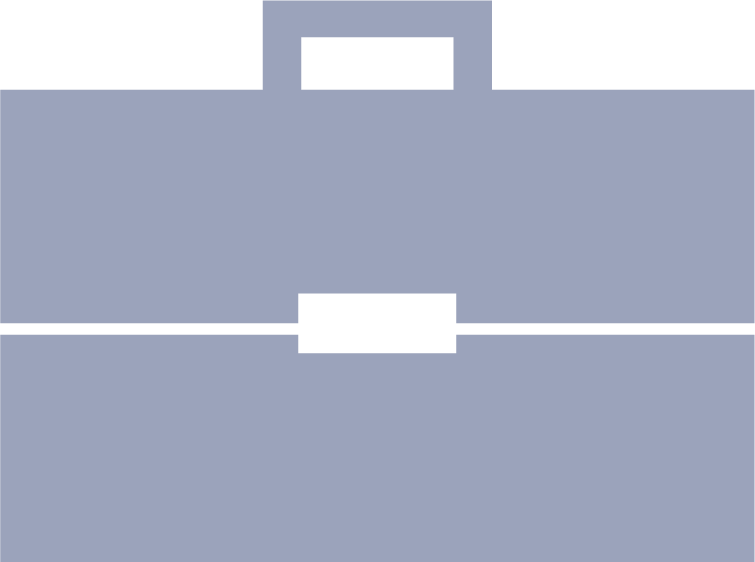 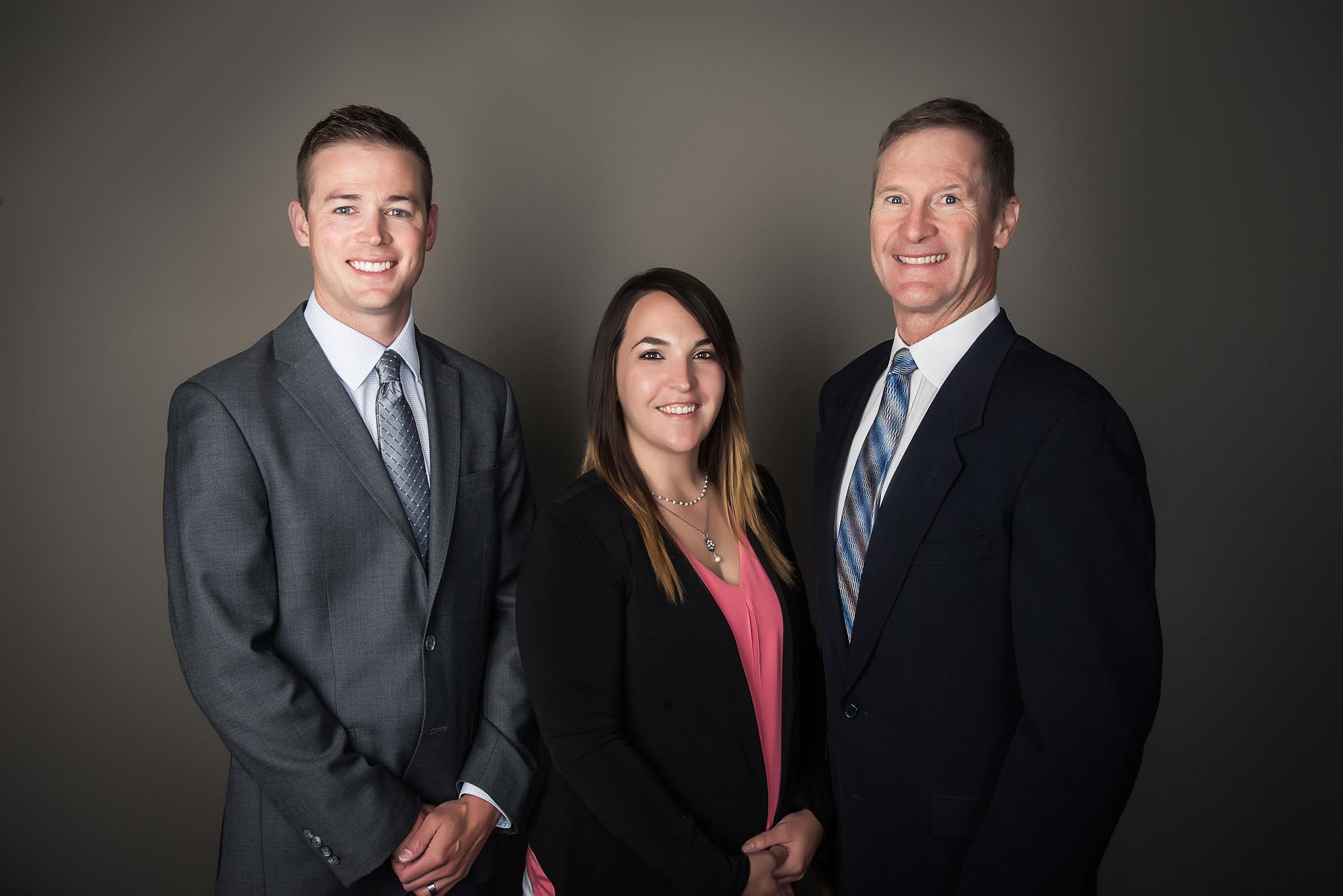 Every financial situation is unique and we look forward to working with you. Contact us today to learn how we can help.

Leverage Technology to Stay on Track with Your Goals

To change stock being viewed, click on the stock abbreviation box at top left corner.